The Help to Buy ISA was launched in December to give first-time buyers a boost onto the property ladder. The scheme was announced to great acclaim, but what have been the effects in practice?

Since the launch, latest government figures show that the scheme has been a success.  Over 550,000 prospective first-time buyers have opened the ISA.

What is the Help to Buy ISA? 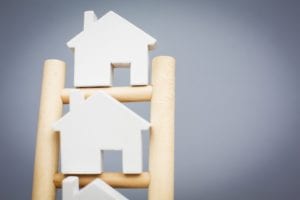 The ISA gives account holders a helping hand in saving for a deposit without having to pay tax on the interest earned. The government then add 25 per cent when the buyer decides to buy a home. So for example, if there is £8,000 in your ISA, the government will add a bonus of £2,000 when you come to buy. The maximum bonus is £3,000.

The scheme is not done per household, so it is possible for couples to open two separate accounts and receive a bonus up to £6,000 on their first property. Most major banks and building societies offer the Help to Buy ISA, all with varying interest rates.

The effect of the scheme

Of the 550,000 ISA accounts opened since December, around 2,000 bonuses have been used with the average value of each bonus being £421. The real effect of the scheme will be felt in a year or two when savers will have had sufficient time to build up enough money to reach the higher bonus levels.

Just over 1,000 properties have been bought through the scheme showing that Help to Buy has been a popular choice for couples and joint-savers.

Across all Help to Buy schemes, more than 160,000 completions have taken place with most made up of first-time buyers. There is no doubt that the scheme as a whole has helped to get many on to the property ladder. The numbers will only increase in the coming years when those who have opened an ISA will have saved enough to get the larger government bonuses.

For help in finding your ideal first home in the Harborough district, call Naylors estate agents today on 01858 450 020.