It’s unlikely that you’ve not heard about the widespread train delays that continue to disrupt commuters across the country. A UK-wide train timetable overhaul which has caused cancellations and delays in the initial stages of operation in other areas could see a boost to Harborough’s property market. 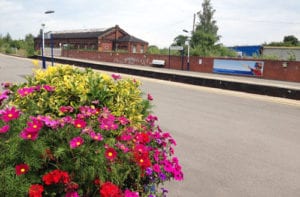 The changes, which came into effect on Sunday 20th May, involved every Thameslink, Great Northern and Southern train service.  In order for the new schedule to work, East Midlands Trains, which services Market Harborough, changed its timings too. This meant that the vast majority of lines across England were subject to change and possible disruption.

While commuters across the UK have complained that the timetable change will result in fewer and slower services, Market Harborough commuters look to benefit from the changes.

Trains to London St Pancras from Market Harborough at peak times no longer stop at Bedford and Luton, resulting in faster journeys for commuters to the capital. The 08:18 service, for example, now arrives in London 17 minutes faster than before.

The delays experienced elsewhere in the country show that being closer to London doesn’t always equate to a faster or less stressful journey. Commuters need reliable trains and transport links. Thanks to strong commuting network, Harborough is increasingly attractive for those wishing to move out of London and commute instead.

Commuting made easy from Market Harborough

Having a train service provider that in punctual and provides a high-quality service is important to commuters. There are plenty of reasons why Market Harborough seems to fit the bill for many commuters and there is no slowdown in the number relocating to the town.

What’s more, Market Harborough train station is in the process of a £50m improvement which involves a straightening of the track which will reduce journey times to London by five minutes and a station revamp – including a new car park and extended platforms.

At Naylors, we don’t pretend to understand the whole of the UK’s property market – but with over 10 years’ experience working in Market Harborough we do about the town and the surrounding area because that’s where we direct all of our time.

If you are looking to buy a house in Market Harborough, get

For advice about a move or just information about moving to Market Harborough, get in touch today by calling 01858 450 020.