Predictions for house prices in 2017 announced

2016 has been a turbulent year for the housing market; house prices have gone full circle with rises and falls throughout the year due to the decision to leave the EU. But now, as Britain begins negotiations over leaving the EU, we look to what the New Year has in store for the housing market. 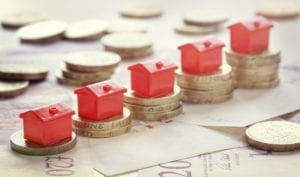 According to a poll of housing analysts, house prices in the UK are expected to rise by two per cent in 2017. Unusually, London will not be at the forefront of the price rise, and it is expected that the capital will see a small decline of 0.5 per cent in house prices next year.

The findings are taken from the monthly Reuters UK house price poll which includes key organisations in the industry. The report also states that prior to the referendum vote, house prices were expected to rise by four per cent in 2017 – based on the idea that we would remain in the EU.

The poll included 20 contributors. When asked about the impact of Brexit on the housing market, none said it had improved the market, eight said there was no change, eleven claimed it had worsened and one said that it had got a lot worse.

At Naylors, we’re optimistic about what the New Year will hold. The market is in a good place at the moment and could grow by more than the two per cent suggested. Within the Market Harborough district specifically, there are plans for new housing to meet an ever-growing demand in the area.

Many find the turn of the year the perfect time to move home. You too can seize the opportunity for a new start by looking at our available properties to buy and rent in the Harborough area.