The ongoing Southern Rail dispute has had a significant impact on those that use the service to travel into London from the South. So much so that the housing market in southern commuter hot spots are being affected according to a recent news story in The Times. 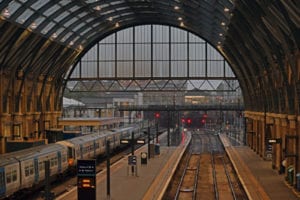 While Southern Rail has been locked in a bitter dispute with the RMT (transport union) and Aslef (the train drivers’ union), commuters have been hit with severe delays and cancellations.

The dispute shows just how much one problem can cause for the people that travel into the capital every day. Estate agents in the south are now reporting that the rail problems are having a knock-on effect on  the region’s housing market. Property sales along Southern Rail lines are down in the past three months and agents have said that the dispute isn’t helping falling prices.

An estate agent in Brighton commented: “The number of buyers from London registering with us has dropped off. Recently we have also had a couple of sales fall through after buyers decided not to move as a result of the trains.”

Although there is no exact figure on the amount of people that commute to London every day, it is believed to be in the millions. Some have journeys close to two hours while some live closer to their end destination.

A happy commuter needs to have consistency and reliability in their travel plans. Most have a set train that they use at the same time every day, to and from London. Knowing that this train will be on time and get them to their destination when they expect is a luxury that many London commuters crave.

In contrast to southern commuter spots such as Epsom and Brighton, areas to the north of London (including the Market Harborough line), are operated by a train service that was voted as the best in the UK on the latest Customer Satisfaction Index.

With Market Harborough just a one hour train journey away from London St Pancras and affordable housing, good schools and a great range of independent shops, the town has much to offer that can’t be matched by commuter towns in the south of England according to Naylors MD William Naylor.  He comments: “Having an impressive service to match the fast commute time makes Harborough an attractive option for commuters to the capital. Plus, it offers diverse housing options for commuters – from apartments for young professionals to detached housing for families. Quite simply, you get more for your money – without the current commuter hassle.”